But who was armand jamar? 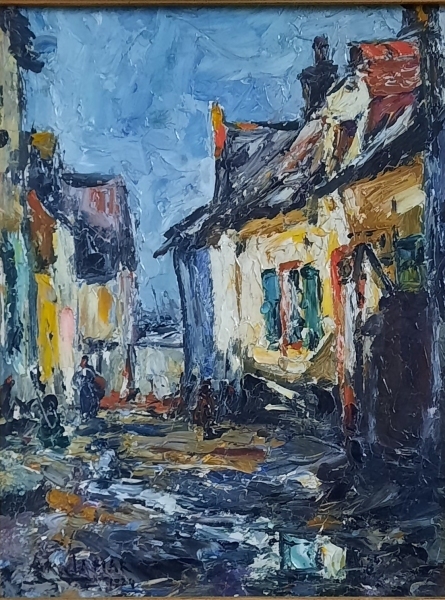 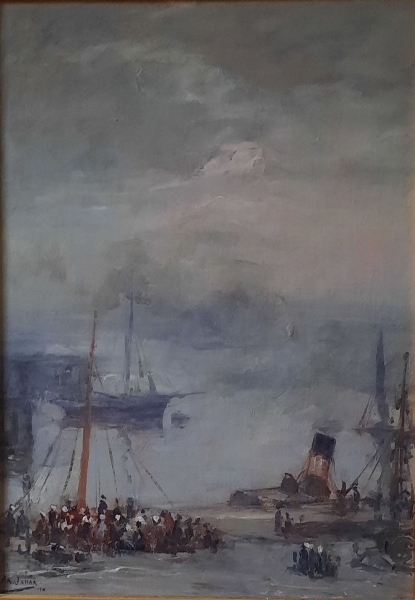 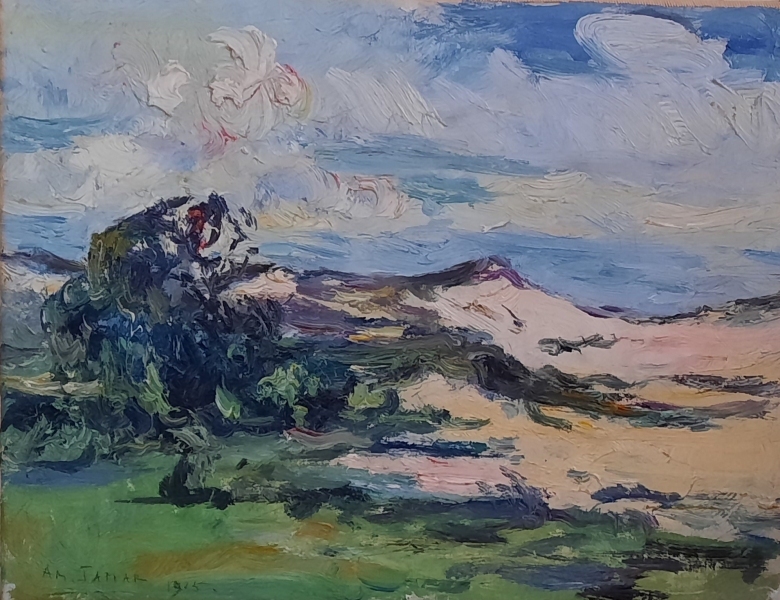 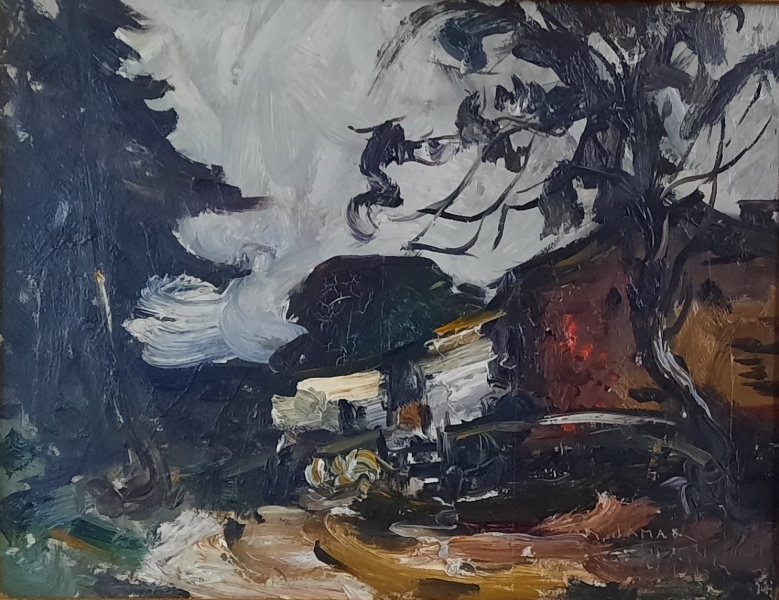 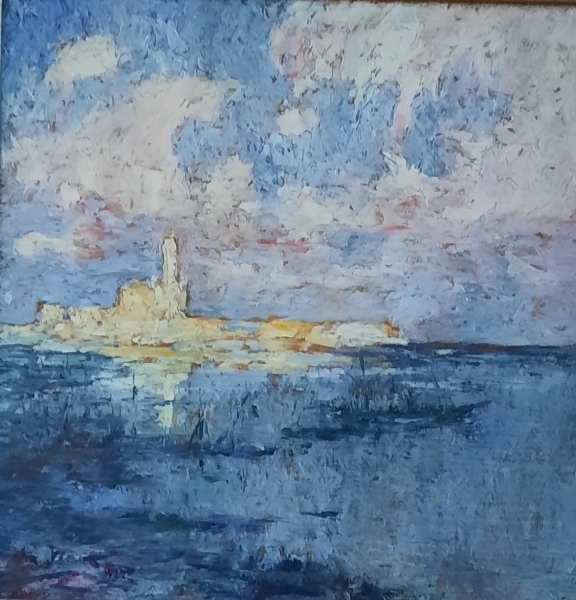 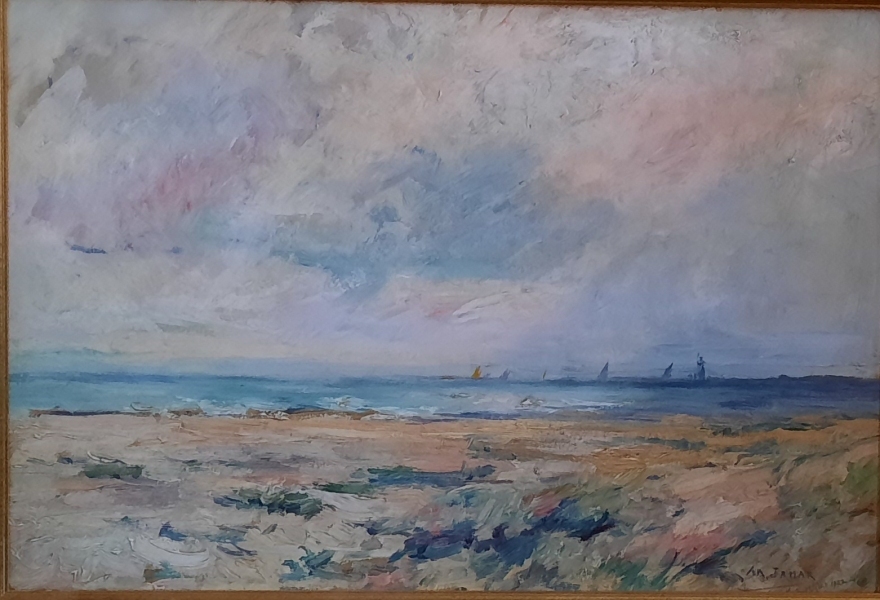 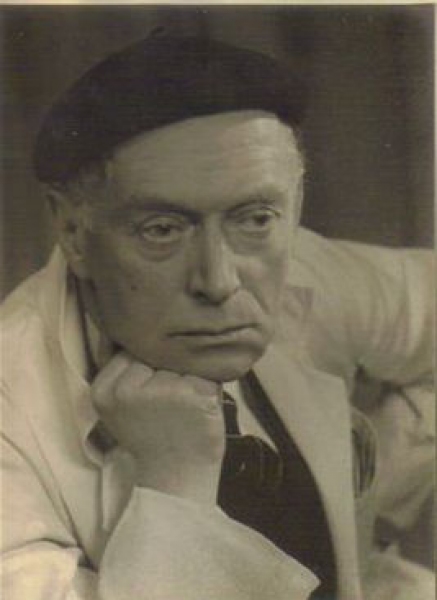 From his village to the four corners of the world".
"The Travels of Armand Jamar"

The artist, who was born in Liege in 1870 and died in Brussels in 1946, leaves behind him an important and diversified body of work. However, this son of a family had first to complete law and notary studies to satisfy his father's wishes before realising his dream, enrolling at the Academy of Fine Arts, becoming a painter and making it his profession.

From 1896 onwards, Armand Jamar exhibited regularly in his home town but also in official exhibitions in Antwerp, Ghent and Brussels, quickly collecting medals, prizes and successes.

In search of light and new horizons, freshness and spontaneity "from nature", the artist set off to travel all over the world, which is not easy at a time when neither the Jet nor the TGV are part of the daily vocabulary.

The exhibition currently on display at the K Gallery brings together around 80 of the artist's paintings and watercolours, all focusing on the theme of travel, and his journeys are indeed exciting, taking visitors to the four corners of the world. From France to Italy, from Holland to Switzerland and Spain. From Algeria to the United States. Warm tones Dutch interiors are combined with canvases evoking the South of France, a return from fishing in Martigues, the Etang de Berre (before it became an "industrial zone"), La Rochelle and the boats at the quayside. The artist's chromatic palette is sumptuous. He plays with mastery with all colours but those in which he excels glisten with blues, pinks, mauves with vibrations of intense sensitivity.

The line is animated, the touch is free, the material is sometimes thick, as if to insist on the importance of the subject. The emotion is always there. Jamar gives multiple interpretations of Venice. Sometimes wet and wrapped in a pearly mist, sometimes set ablaze with the ochre and red colours of the façades reflected in the Grand Canal.

The artist also returned to New York, where in 1919 he discovered "one of the most fascinating port cities in the world". There he painted the port, the Brooklyn Bridge, with contrasting tones and small touches of white. He would often take up this subject again from sketches drawn on the spot. The word "journey" does not exclude the country of his birth. One can travel to the corner of his street, to his village, to the corner of the nearby forest.

JAMAR also finds inspiration here. Let's pin "The Village of Chevron", a little sad under the autumn sky. A "Beach" in La Panne, with skies worthy of Boudin. Landscapes of the Kempen", "Marais en Gaume" in extremely harsh climates. A
"Factory near the canal in Bruges" with remarkable chiaroscuro. The route is flawless, marked by both Impressionism and Expressionism, of an artist, not sufficiently (re)known, always in search of light and "atmospheric effects through colour".